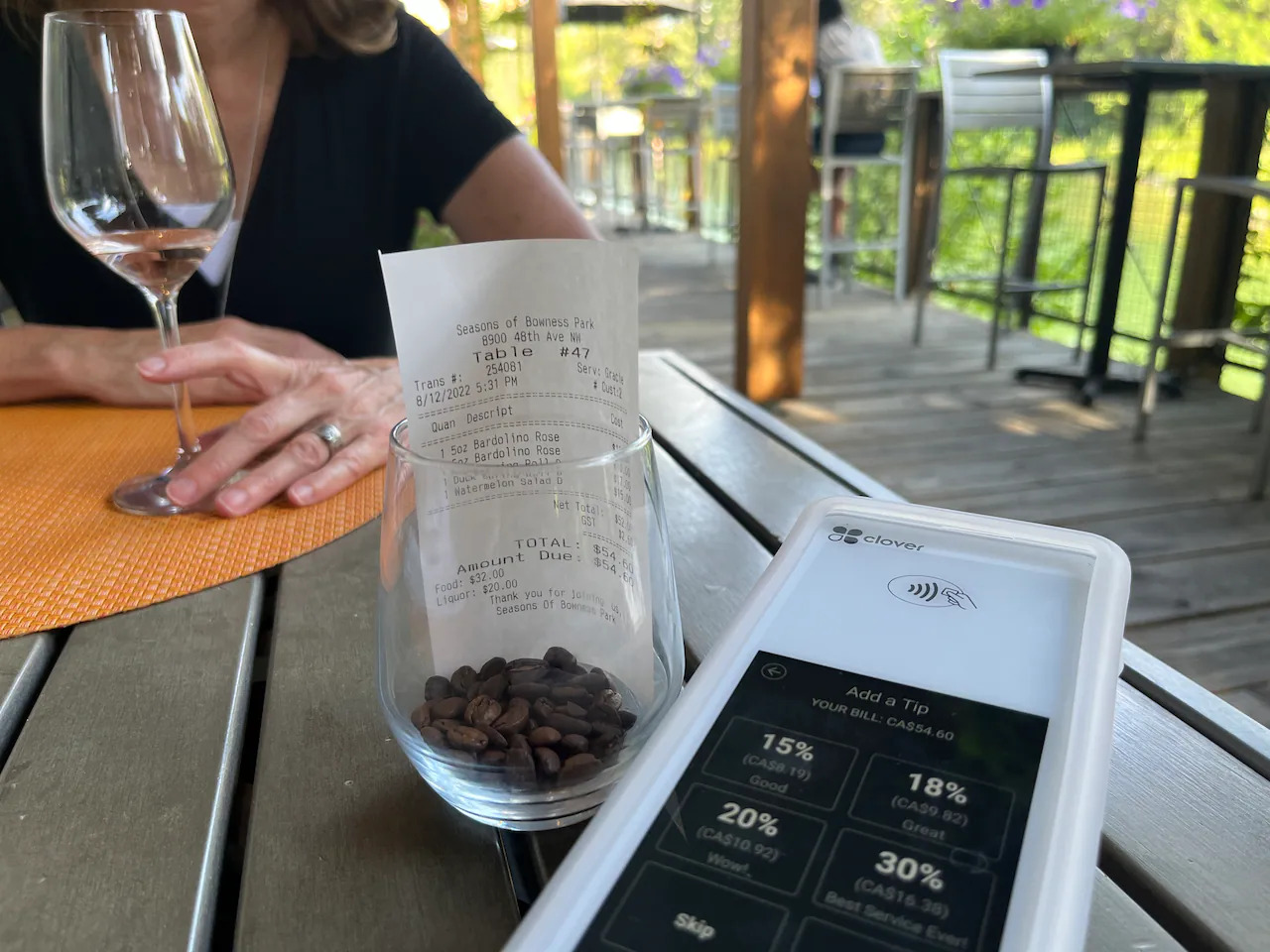 The amount Canadians are being asked to tip when paying with credit or debit cards is going up, according to industry watchers, and it could be encouraging Canadians to be more generous with gratuities.

A survey conducted by Restaurants Canada in April 2022 found that when dining out at a table service restaurant, 44 per cent of 1500 Canadians surveyed said their tips are higher compared to before the COVID-19 pandemic.

Suggested tips are increasing as well, according to CBC Calgary restaurant reviewer Elizabeth Carson, who noted prompts on credit card machines that previously asked for tips of 10 to 20 per cent have now crept up to 18, 20 or 25 per cent.

Carson has also been asked to tip as much as 30 per cent, and said she finds the higher prompts annoying. It’s leading to an overall feeling that could be called tip-flation.

“Because food and wages cost more, the bill is now 10 per cent higher than it used to be. So it still equals a very large tip because the bill is so high,” said Carson.

The restaurant reviewer, who typically eats out three to six times a week, started noticing this trend during the first COVID-19 lockdown.

“Restaurants couldn’t do anything but takeout. People felt very badly for restaurant workers, and so people were leaving much higher percentages than the suggested tip levels,” said Carson.

Carson suggested restaurants noticed that customers were willing to tip more, so they began asking for more.

How your choices are shaped

While a customer’s choice may feel like their own, decisions like how much to tip can be influenced by a theory called “choice architecture,” or how choices are presented to us.

Simon Pek of the University of Victoria’s Gustavson School of Business looks at these influences in his research on tipping practices.

The pre-set choices for a tip at the end of your restaurant transaction are an example of choice architecture, according to Pek.

“When you see the point-of-sale device, the message being sent to you is that tipping is expected or is a norm in this particular context,” he said.

“The first number you see, or the range you see in front of you influences people’s decisions and perceptions about what the right tip to do in that particular context is.”

“So if those numbers are higher, it makes us think that a higher tip is more appropriate in this context.”

Financial technology companies such as Square or Moneris don’t share data on how often Canadians choose the 30 per cent tip option.

However, Square did confirm that it is up to sellers and retailers to enable and customize the tip settings on point-of-sale terminals.

Some restaurateurs have said raising the tip options for customers who pay by debit or credit card could backfire, including Jacquie Titherington, a server and manager at Blue Star Diner in Calgary.

“I feel like it’s pushing something that isn’t necessarily going to work in favour of the employees because I think that when people see that, it might be a bit of a turnoff because it seems excessive,” said Titherington, who has 26 years of experience in the restaurant industry.