If you hadn’t heard this past weekend that our Provincial Finance minister, Rod Phillips, was asked by Premier Doug Ford to return from St. Barts in the Caribbean where he was shacked up with his wife and God knows whoever else vacationing with him over the Christmas holidays.

Rod Phillips was the finance minister in Ontario, a province that sent a vast squad of police upon restaurateur for keeping his barbeque diner open. A minister in a province where Toronto Mayor, John Tory, with the flair of some old-time preacher scourging the town sinner, says nothing about what Mr. Phillips did, because they are close friends and will not criticize him.

Mayor John Tory did not send 50 or more police to Mr. Phillip’s home – or to Phillip’s vacation spot in St. Barts for that matter – and did not shame him as a lockdown slacker. He instead found his voice of forgiveness for a fellow public leader. “He made a mistake’” intoned Mr. Tory, that’s all. As they say one bird flocks with the other, and in this case these two are the most hypocritical politicians in this province.

Premier Doug Ford is also very responsible for this and should wear much of this scandal, because he knew 14 days ago that his Minister was out of the country and should have fired him at that time. Ford not reacting on this move, showed many of us that there are two sets of rules…one for them and another for us. If the media, hadn’t picked up on this, Ford was just hoping that it would go away, and thankful it came to the top and rightfully acknowledged.

Unfortunately, Ford seems to be a weak leader with no loyalty from his ministers, and no accountability. A total slap in the face to Ford and his leadership.

The biggest fake, was when Phillips posted video of himself at his home portraying that he was at home drinking egg knock and staying home as they have all recommended to us during the holidays. Instead, Phillips was enjoying a Caribbean vacation at the time on the French island of St. Barts, a popular spot for the rich and famous. His Twitter account had suggested he was in snowbound Ontario for weeks, but the truth has since surfaced that he’d been in sunny St. Barts. Phillips also shared other tweets which suggested he was in Ontario including a tweet on December 17 enjoying Canadian maple syrup and another on Christmas Eve visiting local businesses. Total lies and deceptions from the number two most influential politician in the province. They were touting him as the next premier of Ontario.

This scandal was the tipping point for this government, and it made us all look down on our leaders. We always had many doubts about our leaders, but this fraud took this to the next level where these politicians feel that they have an entitlement and will never get caught.

These totals caught lies by Phillips and to a large extent with Ford, they need to be kicked out of office. A bold statement, but these shenanigans in the midst of a pandemic, where people are dying, and businesses are closing is totally unacceptable. This move has created an anger in many and they need to be made accountable. Mr. Phillips shouldn’t represent his constituents of Ajax as they are also asking for his resignation.

Do the honourable thing and resign your seat in Ajax…

Our Mayor for months has preached that you should stay within your bubble and stay home and no travel outside the country. Is this politician also giving us a lot of hot air and doesn’t take his own advice???

The main reason why, Mr. Tory has been soft on Phillips, is because rumour is that his own wife is presently in Florida and they are trying to keep this under wraps. Again, just a rumour, but l have it from a reliable source that Barbara Hackett, Mr. Tory’s wife, has been or is in Florida, while our mayor is on television, radio and social media asking us to obey the rules.

If this turns out to be true, the messaging to Torontonians is a total fraud and again smells of entitlement… they feel that they are untouchable.

How does one go from being a humble politician to outright lying about what you do and where you go, especially during these trying times?

The days where most politicians keep their word and put in an honest day for their constituents seems to be a thing of the past. Politicians today have no moral fabric and have very low trust among the public. More than eight in 10 believe it is impossible to improve the level of confidence people have in their governments. The overall trust level for all politicians today is at an all time low. Do you really blame us when you see the kind of lies and frauds that these politicians are doing during a pandemic? How can we trust these politicians, unfortunately, we have to live with them, for better or worse?

Once the bond with citizens has been broken, the fidelity to the average person is gone – especially when only some are vacationing in the sun, while many of us cannot visit relatives over the holidays. Political trust has become a focus of political identity and public lament.

Political theorists think of interpersonal trust in politics and politicians as a fragile image.

It comes down to …. Valuing Political Trust.

It no longer is present in our system and it needs to be restored before any new trust can be earned by our politicians. These are bad times, and our politicians are not making thing easier for us, especially in a time when we need leadership, but more importantly a light at the end of the tunnel. Or maybe some hope.

What is there left to say?

Hard to tell, because everyone is wearing a mask. 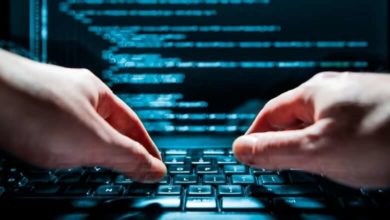 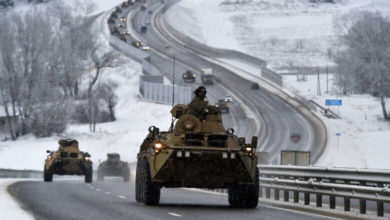