The federal government plans to extend strict quarantine rules requiring travellers to isolate for 14 days upon their arrival in Canada — rules that were set to expire Tuesday — CBC News has learned.

“It is the intention of the government to continue the 14-day mandatory self-isolation under the federal Quarantine Act,” said a senior government official who spoke on condition of anonymity because the new order has not been finalized.

The federal government first introduced strict mandatory quarantine rules for returning Canadians on March 25 under an Order in Council that expires at 11:59 p.m. ET Tuesday.

The official did not say how long the rules would be extended.

Under the original orders, all returning Canadians were told they had to self-isolate for 14 days and that they were forbidden to stop along the way home.

Once isolated, the traveller was required to report the development of any COVID-19 symptoms to public health officials.

At the time, Health Minister Patty Hajdu said no one would be permitted to quarantine anywhere they could come into contact with vulnerable people. A person who normally lives with an elderly person or someone with a compromised immune system, for example, would have to quarantine elsewhere.

In April, those quarantine rules were strengthened. Canadians returning home from abroad who didn’t have credible plans to self-isolate were required to stay at a quarantine facility. Those broadened measures were also set to expire June 30, 2020.

“Examples of things that could be inadequate, for example — if their plan is to go stay in a place where there are many elderly family members at risk of COVID-19, or [if] they don’t have a set destination, if they’ve been outside the country for many years,” Prime Minister Justin Trudeau said at the time.

“We now have the authority to require them to self-isolate for two weeks in a quarantine location, like a hotel.”

In addition, travellers returning from abroad from April 15 on were required to wear non-medical masks or face coverings before they could proceed to their final destinations. Travellers without masks were provided with them.

If a traveller develops symptoms during a quarantine period, or is exposed to someone who does, the 14 days of isolation begins again.

If the Canada Border Services Agency suspects that a returning traveller is not going to comply with the rules, it can alert the Public Health Agency of Canada, which can then flag the RCMP’s national operations centre. The RCMP has been playing a coordinating role with local police during the pandemic.

Maximum penalties for failing to comply with the Quarantine Act include a fine of up to $750,000 and/or imprisonment for six months. If someone jeopardizes another’s life while wilfully or recklessly contravening the act, the penalties are even greater: $1 million or three years in prison, or both.

By late May, police officers had made nearly 2,200 personal visits to ensure that Canadians were complying with the self-isolation rule once they’d crossed back into the country.

The federal government’s decision to close its border with the U.S. to all non-essential traffic was again extended last month — this time to at least July 21.

Both countries initially reached an agreement in March to temporarily close the border to non-essential travel — meaning no recreational visits — while keeping it open to commercial traffic and essential workers who cross the border for work, and has already extended the deal twice so far. 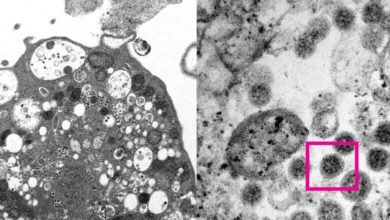 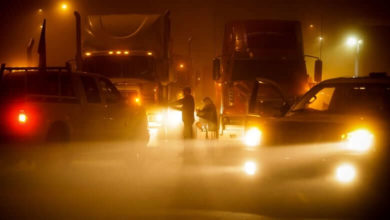 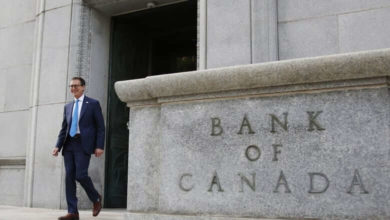