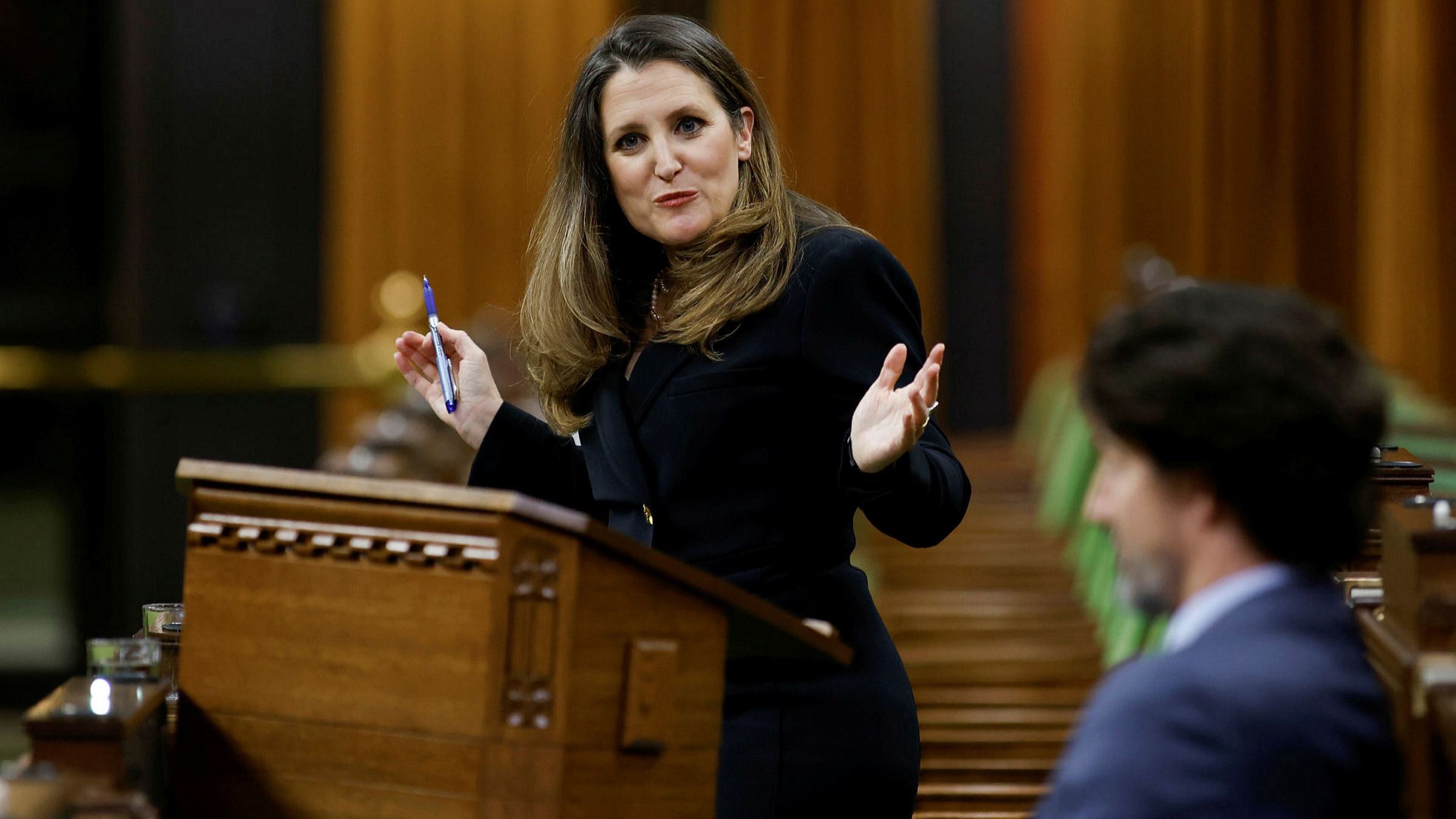 Speaking to business leaders at a local company in Gatineau, Que., Freeland said that even with inflation beginning to ease off, the road ahead will be difficult.

“It is important, as deputy prime minister and minister of finance, that I tell people the truth about what awaits us,” she said in French.

“Our economy will slow down as the central bank has to tackle inflation.”

While Freeland didn’t use the word recession, most consumers and businesses think Canada will enter one, according to new surveys from the Bank of Canada.

The third-quarter business outlook and consumer expectations surveys, released Monday, show more than half of consumers surveyed believe there is at least a 50 per cent chance of a recession. And almost half of consumers report they’re buying less and buying more items on sale in an effort to cope with the cost of living.

Speaking to reporters after her speech on Monday, Freeland said the coming months will be a “challenging economic time.”

“I’m not going to sugar-coat it, and I’m not going to claim that we don’t have some challenges ahead,” she said, adding that rising interest rates will have an impact as the Bank of Canada tries to rein in inflation.

The annual inflation rate was seven per cent in August, the most recent available number. Statistics Canada will release its latest inflation numbers on Wednesday.

Freeland suggested all countries will be hit with the same economic downturn.

The International Monetary Fund (IMF) downgraded its 2023 outlook for the world economy last week, warning that next year “will feel like a recession” for many thanks to central bank reactions around the world.

The IMF said the slowdown is being driven by Russia’s war in Ukraine, chronic inflation pressures, punishing interest rates and the lingering consequences of the global pandemic.

“The worst is yet to come,” said IMF chief economist Pierre-Olivier Gourinchas.