An eyewitness says he saw a huge fire after a train derailment near Guernsey, Sask., more than 100 kilometres southeast of Saskatoon, Thursday morning.

Kyle Brown said he was driving through the area when he saw what looked like a huge mushroom cloud in his rear-view mirror at about 6 a.m. CST.

When he saw the explosion, Brown raced toward the area. He estimated that between 25 and 30 cars were off the tracks.

Humboldt RCMP ordered that both lanes of Highway 16 be closed in both directions, as well as the junction with Highway 20. The public is asked to stay away from the area.

Brown went to check on the train’s conductors to make sure everyone was alright.

He said one of the conductors set up flares on the road to warn motorists.

In December, a CP Rail train leaked 1.5 million litres of crude oil after it derailed in the same area. 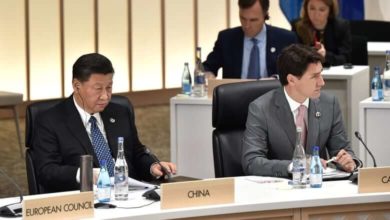