A type of plumbing sold between 1995 and 2007 may be a flood waiting to happen in your home, but the good news is the Kitec products are the subject of a class-action lawsuit that has been settled for tens of millions of dollars, so homeowners are eligible for partial compensation to pay for repairs.

“It was very widely used,” Halifax plumbing company owner Dimitri Papoulis said, noting it was popular because it was inexpensive.

Papoulis said Kitec was the “go-to pipe” for most heating companies in the early 2000s and late 1990s before it was recalled because both the fittings and pipes were prone to deterioration.

Kitec, billed as a cheaper and easy-to-install alternative to copper piping, was used across Canada primarily in hot water baseboard and in-floor heating systems, according to a 2013 brochure published by the Nova Scotia Real Estate Commission. It says the plumbing consists of “flexible aluminum pipe between an inner and outer layer of plastic pipe (PEX pipe) with brass fittings.”

The product may also have other brand names, including PlumbBetter, IPEX AQUA and WarmRite.

It can be identified by its bright orange (hot water) and bright blue (cold water) covering. The piping is also labelled with “ASTM 1281.” 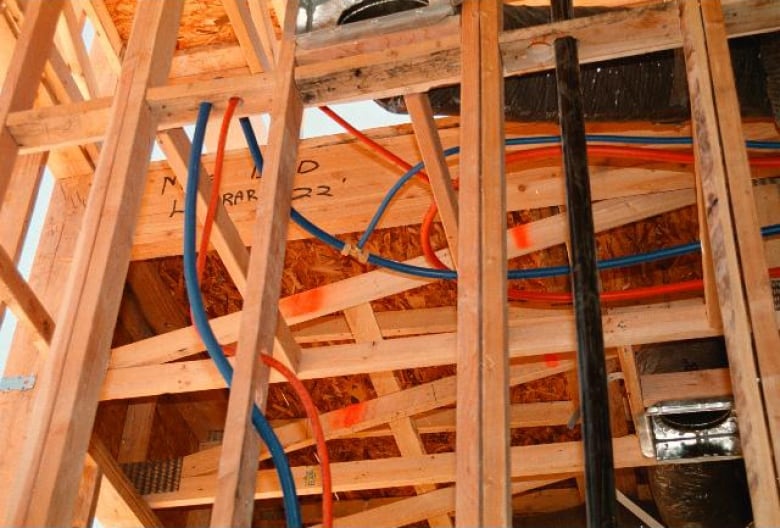 Kitec pipes can be identified by their bright orange and blue colours. (http://www.kitecsettlement.com)

Papoulis said often, the problem is with the Kitec fittings.

“It mostly happens on well water because of the mineral content, the acidity of the water,” he said. “It chews away the brass fittings.”

The other issue is the piping itself. Over time, the plastic pipe and aluminum expand and contract at different temperatures, and that can cause them to burst.

“It will fail. It’s only a matter of time,” Papoulis said. 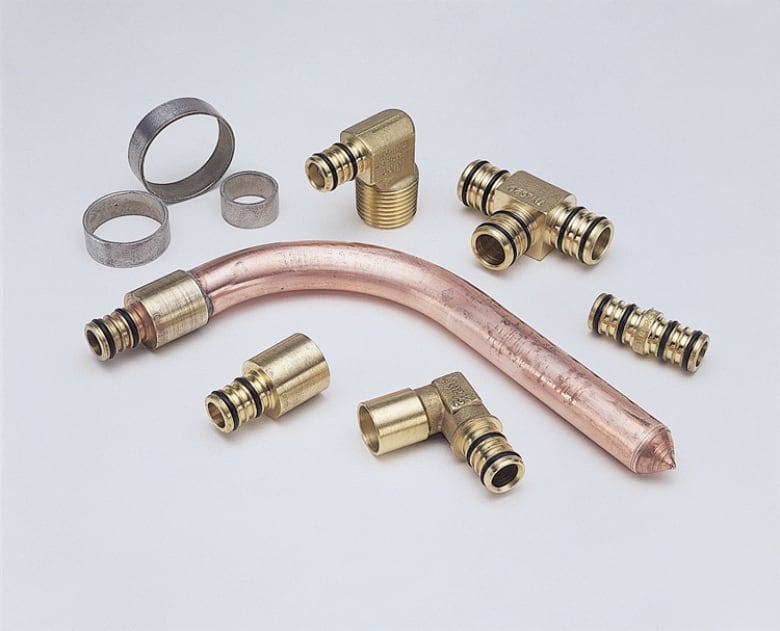 Some of the fittings used for Kitec pipes that may degrade and cause flooding.(http://www.kitecsettlement.com)

He said the cost of replacing Kitec depends on a number of factors, including the size of the home, but it can range from $4,000 to $15,000.

Kitec was recalled and subsequently the subject of a class-action lawsuit in Canada and the United States that was settled for $125 million US. The settlement says homeowners are eligible for 50 per cent of the average cost to repair or replace the piping and fittings. Even those who have not had an issue with the product can apply for compensation. Homeowners have until January 2020 to make a claim.

It’s not known how many homes in Canada have Kitec, but the class-action settlement site estimates there are approximately 292,000 installations/properties with the Kitec system in North America.

Halifax-area real estate agent Jacqui Rostek says Kitec is an issue that comes up with both buyers and sellers, and that she sees “a couple of dozen times a year.”

“In my experience, sellers that bought their house in 2011 or before are usually completely oblivious to the fact that there’s potentially an issue with the pipes,” she told CBC News.

Papoulis said there is no consistency on how different insurance companies deal with Kitec in homes.

He said some will pay to replace it, others will insure homes but at a higher rate and others give homeowners a certain amount of time to replace it or lose their insurance.

He has also found some homes where Kitec was used long after it was recalled.

He said it’s important to know whether you have the product so you can decide what, if anything, to do about it. He has seen basements flooded by broken fittings and pipes, and said everyone should know how to turn off their water in the event their pipes break.