A Canadian kidnapped in Burkina Faso has been found dead, says his family, two days after he was abducted.

Kirk Woodman, originally from Halifax, was abducted Tuesday night by a dozen gunmen at a mining site owned by Vancouver-based Progress Minerals near the border with Niger, in an area the government says is under growing threat from armed jihadists.

Woodman’s son Matt told CBC News the family found out Thursday morning about his dad’s death and is asking for privacy.

A spokesperson for the Burkina Faso Security Ministry said Woodman had been shot and his body was found Wednesday night, 100 kilometres from the site where he worked.

On Wednesday, Foreign Affairs Minister Chrystia Freeland said Canadian officials were aware of the report of the kidnapping, and were reaching out to Woodman’s family.

Quebec resident Edith Blais, 34, and her Italian travel companion, Luca Tacchetto, 30, were last heard from in the western city of Bobo-Dioulasso on Dec. 15. 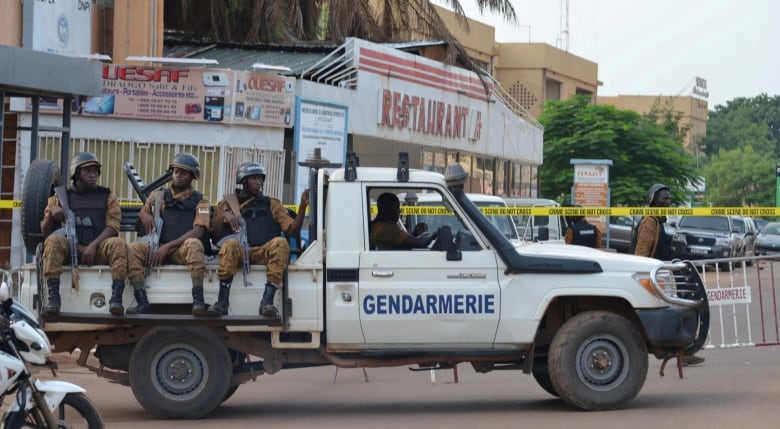 Security forces patrol in Burkina Faso’s capital, Ouagadougou, in August 2017. Woodman was kidnapped Tuesday in an area the West African country’s government has warned is under growing threat from jihadist attacks. (Hamany Daniex/Reuters)

Attacks by Islamist militants have surged in the country in recent months, and Burkina Faso has declared a state of emergency in several northern provinces since Dec. 31.

Security has deteriorated in the country as jihadists with links to al-Qaeda and the Islamic State in Iraq and Syria, including many based in neighbouring Mali, seek to increase their influence across the poorly policed scrublands of the Sahel region just south of the Sahara Desert in West Africa.

About 9,000 P.E.I. households, businesses without power 12 days after Fiona