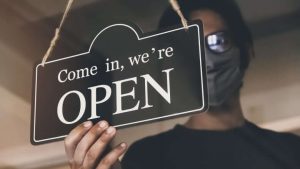 Statistics Canada reported Friday that the economy added 953,000 jobs during the month, adding to the 290,000 it added the previous month. But despite that two-month stretch, there are still 1.8 million fewer jobs in Canada today than there were in February.

The job gains were better than the 700,000 jobs that economists polled by Bloomberg were forecasting.

More than half of the new jobs came from Ontario and Quebec, which added 378,000 and 248,000 jobs, respectively. But every province added at least a small number of jobs.

Ontario’s bounceback was largely a result of the province playing catch-up to what happened elsewhere a month earlier, as the province was still largely locked down until the beginning of June, unlike most of the rest of the country, which began to cautiously reopen in May.

Indeed, Statistics Canada noted that the country’s biggest city, Toronto, was still mostly locked down during the week it conducted its jobs survey for June, so any surge in Toronto’s job numbers after the city entered Phase 2 of its reopening was excluded from this set of numbers and will likely show up in July’s data.

At the lowest point in April, Statistics Canada says 5.5 million Canadian jobs were negatively impacted by the pandemic, with three million jobs completely gone, and another 2.5 million being reduced in terms of hours or wages in some way.

By June, that first number was down by about two million, but the data agency says there are still 3.1 million workers who’ve either lost their jobs or have been otherwise negatively impacted by COVID-19.

‘Not out of the woods yet’

“Despite a lot of jobs being recouped since April, we’re not out of the woods yet,” economist Brendon Bernard at employment marketplace Indeed.com said of the numbers. Adding a million jobs in June on top of May’s gain means in broad terms Canada has “recouped about 40 per cent of initial job losses in two months [but] bringing back the other 60 per cent and mending the longer-term fallout could be more challenging.”

Leah Nord with the Canadian Chamber of Commerce was also cautiously optimistic, although she noted that the hard-hit accommodation and food services industry — which still has just two-thirds of the jobs it had in February — faces an uphill climb to full recovery.

“We still have a long way to go before we return to a fully engaged workforce,” she said. “Any recovery will be underpinned by how effectively we get Canadians back to work.”