York University has been undergoing a rapid expansion that has brought several new buildings and even a pair of subway stations to the campus at Toronto’s northern edge in recent years. Another building will soon be added to the campus’ increasingly modern-looking form: a two-storey structure that will be dedicated to neuroscience research.

The new Neuroscience Laboratory and Research Building is planned to rise from a plot of land wedged between the York U Alumni Field and Sherman Health Science Research Centre, just southwest of Pioneer Village subway station.

It features a design from HDR Architecture incorporating a mass-timber structure with a clean curtainwall glass exterior, following minimalist design cues seen in other new York U builds like the recent Second Student Centre.

he design approach is decidedly less flashy than other new additions to the campus, like the leaning, geometric School of Continuing Studies now nearing completion, but the real tech will be housed inside the facility.

Students at the Neuroscience Laboratory and Research Building will have access to brand-new research spaces and offices, along with a variety of laboratories for fields including neuropsychology and kinesiology. 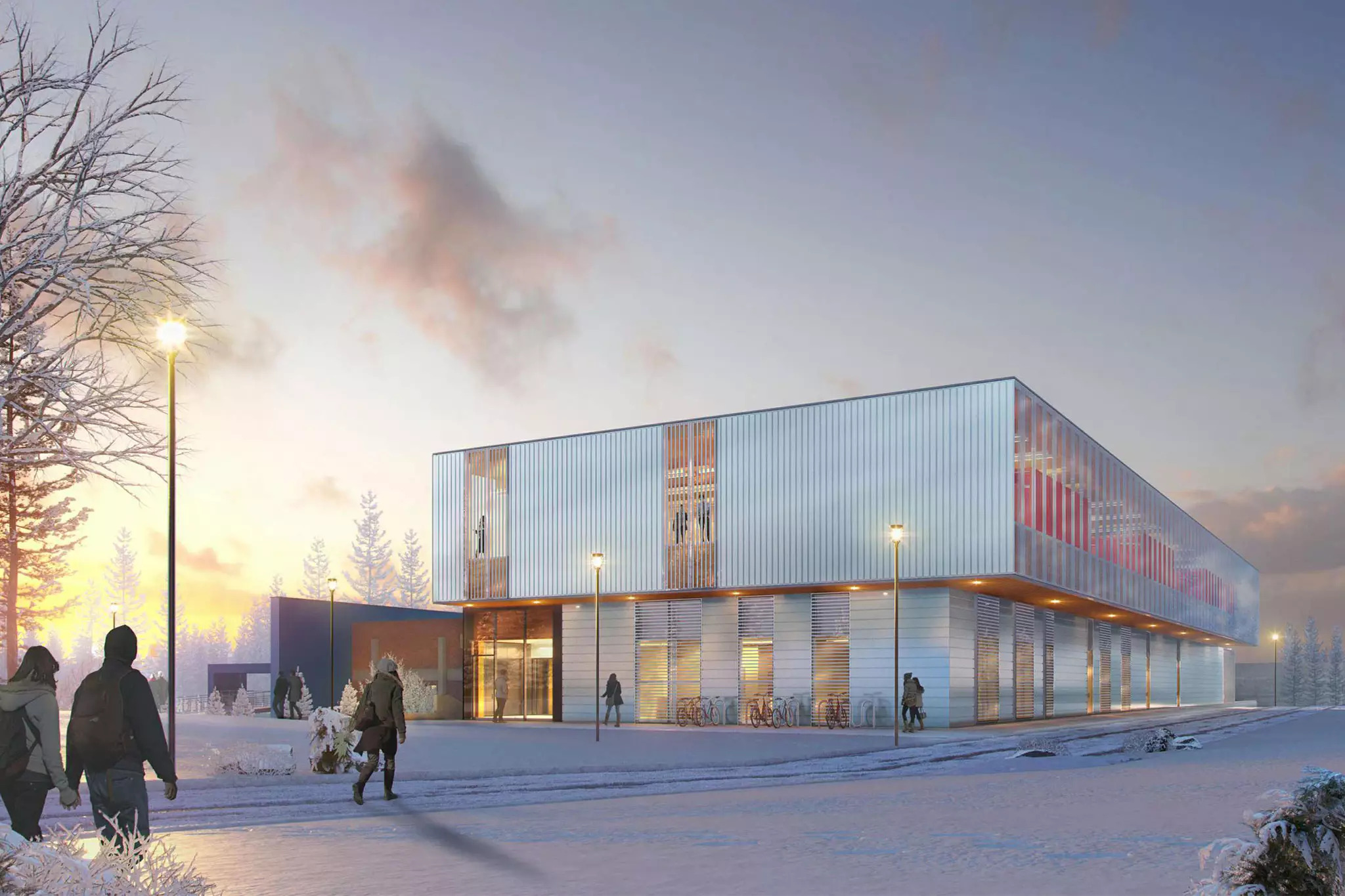 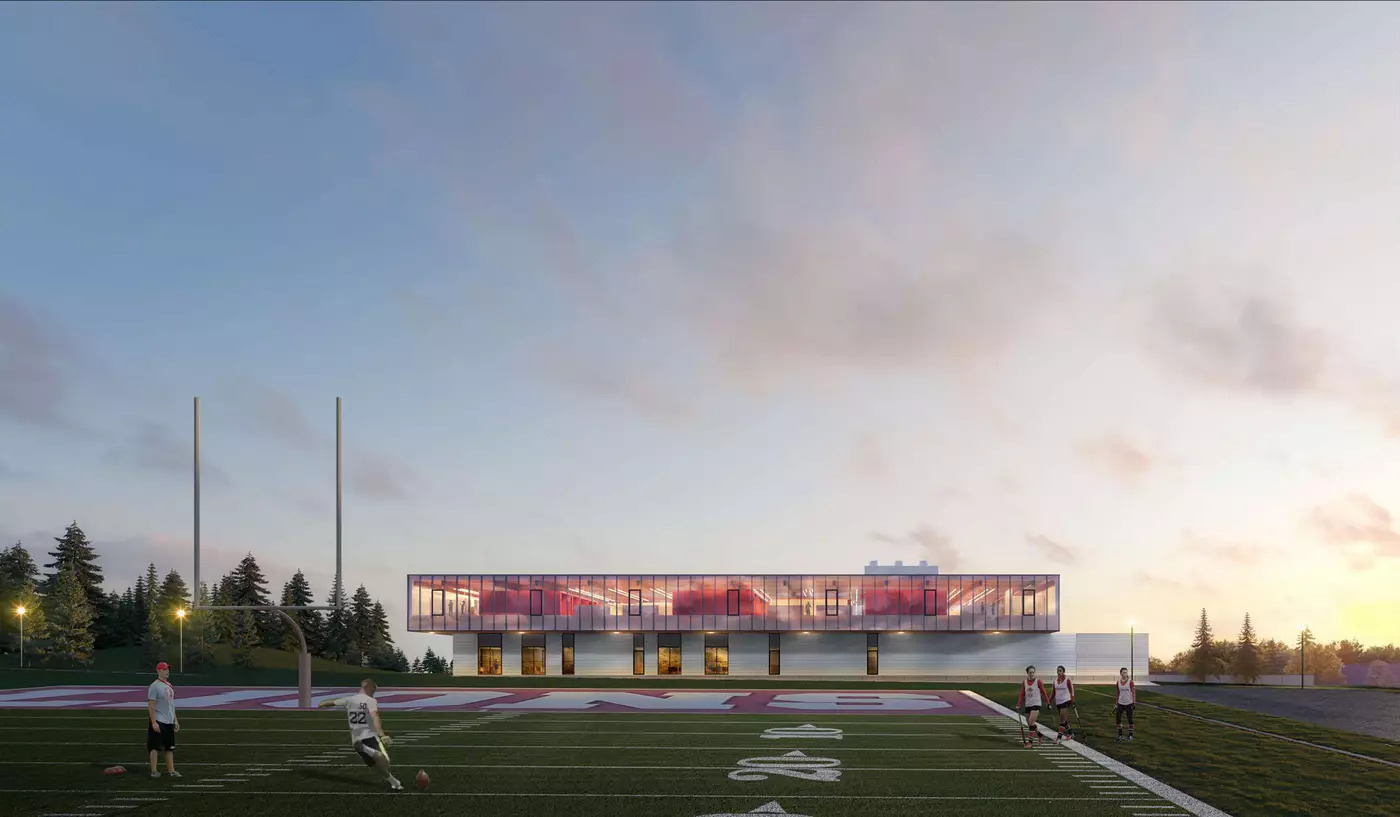 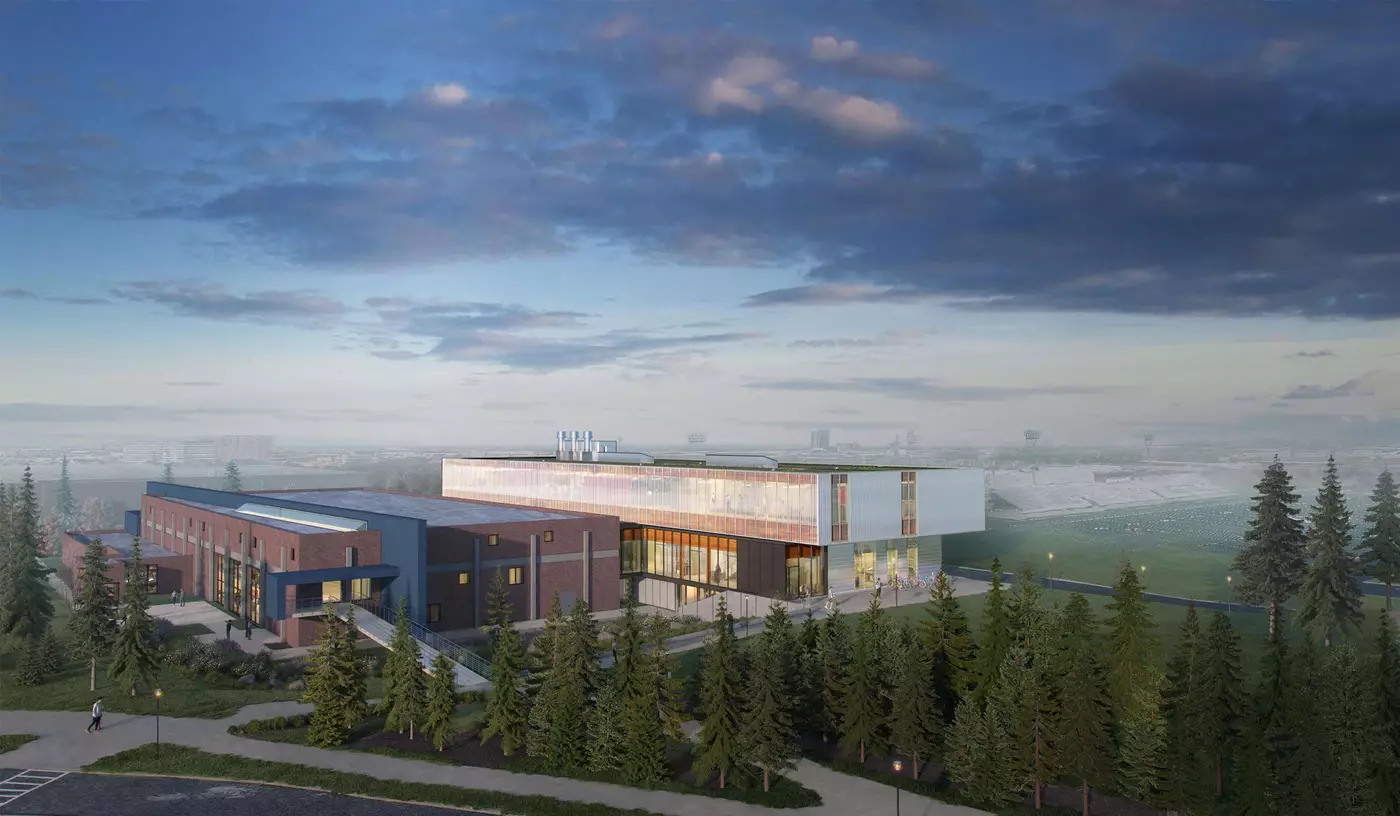 Connectivity is a central element in the proposal, which will include a direct indoor connection with the adjacent Sherman Health Science Research Centre, and pedestrian links leading to the nearby subway station.

It’s at least a little noteworthy that this new neuroscience research facility is to be constructed directly adjacent to the campus football field, as football players’ have a history of chronic traumatic encephalopathy from repeated blows to the head.

Someone at York U must have made this connection at some point during the facility’s planning stages, one of the lab’s renderings even showing the building as a backdrop to the football field.

Though the planning and construction of a new building typically takes several years from drawing board to ribbon-cutting, the upcoming research facility is being fast-tracked through the City’s Gold Star program, which expedites the approval of specific builds, including institutional projects.

When the project was proposed in late 2019, it was envisioned that this process would have shovels in the ground within a year. Of course, that did not go to plan. Permits were applied for in late Feb. 2022, and construction is expected to follow soon.