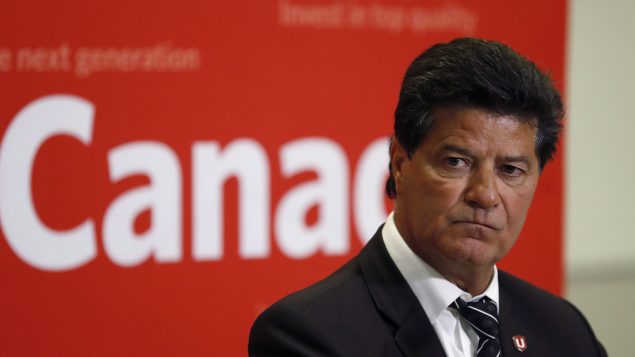 An investigation into former Unifor president Jerry Dias found he accepted $50,000 from a supplier of COVID-19 rapid test kits, the union says.

Unifor’s secretary-treasurer Lana Payne said Wednesday Dias then promoted those kits to employers of union members, several of whom purchased them.

On Jan. 20, Dias gave $25,000 to a Unifor employee, who the union is not naming, telling the employee it had come from the supplier. That employee filed a complaint under the union’s code of ethics and delivered the money to the union, Payne says.

After the union’s internal investigation, Dias stands charged with violating Unifor’s code of ethics and democratic practices, which is contained in its constitution. Unifor’s executive board will now hold a hearing into the matter.

Just before Payne and other Unifor officials announced their findings, Dias issued a statement saying he is entering a residential rehabilitation facility due to his use of alcohol, painkillers and sleeping pills.

Dias retired earlier this month citing medical concerns. “These factors have impaired my judgment in recent months, and I owe it to our members to seek the treatment I need,” Dias said in the statement.

“Unifor has been my reason for getting out of bed for nearly a decade. The union has been my whole life,” he said. “But now it’s time for me to listen to my doctor and put my health first.”

Dias was invited to participate in the investigation but declined, citing medical concerns, so the investigator had to use statements made by witnesses to make her decision, Payne says.

Shortly after Dias stepped down, Unifor announced publicly it was investigating whether or not he had broken the union’s constitution.

Unifor did not identify the entities who bought the kits, or the supplier.

There is no information that leads the union to believe there may be additional incidents, says Payne.

The investigation is not currently a criminal investigation, but the union has sought legal counsel, she says.

Dias’s departure triggered the need for an election to replace him, but Payne says the union’s board has decided to pause that process to deal with the investigation.

He was elected following its creation in 2013, after the merger between the Canadian Auto Workers and the Communications, Energy and Paperworkers Union of Canada, which made Unifor the largest private sector union in the country.