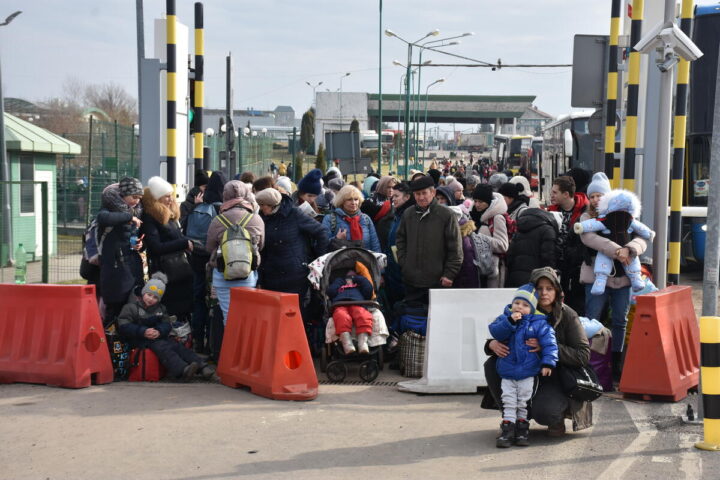 Ukrainians coming to Canada under a new emergency immigration program may not be eligible for some critical services typically offered to people fleeing conflict.

People arriving from Ukraine under the government’s Canada-Ukraine Authorization for Emergency Travel (CUAET) will be considered temporary residents. That means they won’t have access to the full suite of services offered to refugees or people applying to become permanent residents.

That support is delivered through federal settlement services and a special health care program that provides coverage for people during their early days in Canada.

“That’s a whole soft-landing infrastructure that is available to people who come through a refugee resettlement stream which will not be available, as far as we know, under the current situation,” Christina Clark-Kazak, an associate professor of public and international affairs at the University of Ottawa, told CBC News.

The government confirmed last week that Ukrainians coming to Canada temporarily would not have access to those services. Immigration Minister Sean Fraser outlined tweaks to that approach on Monday afternoon.

Fraser wrote on Twitter that his government is expanding access to certain services for arriving Ukrainians, including “language training, orientation, employment assistance and other supports.”

Fraser did not list health care coverage as one of the expanded services. His office said work is underway to make changes to the programs offered when Ukrainians begin arriving in large numbers.

Canada has pledged to take in an “unlimited number” of Ukrainians fleeing the Russian invasion. People who arrive through the CUAET will be permitted to live and work in Canada for up to three years.

The UNHCR estimates that nearly 3.9 million refugees have fled Ukraine since the war started.

Experts in the fields of immigration and resettlement said the government’s approach allowed it to quickly open up a path to Canada for Ukrainians fleeing conflict.

The drawback of that strategy, at least initially, was that Ukrainians coming to Canada wouldn’t have access to key programs that could ease their transition to a new country.

“Our greatest challenge as we get ready to welcome displaced Ukrainians is ensuring that there are supports in every region of the country that are available for temporary residents, because they will not be eligible for the key programming that is currently available for permanent residents,” said Chris Friesen, chair of the Canadian Immigrant Settlement Sector Alliance.

The CISSA was awarded a federal contract recently to establish a secretariat for the temporary resettlement of Ukrainians — a project Friesen’s group is calling “Ukraine Safe Haven.”

Friesen said many people coming to Canada through the CUAET will arrive with “significant trauma.” He also said services will need to prepare for a large influx of women and children.

“We are anticipating a large number of single women, mothers with children, who only a matter of weeks ago were displaced from their homes, their families, their sons, their husbands,” he said.

Clark-Kazak also raised concerns about Ukrainian women coming to Canada. Unlike refugees, the Ukrainians will not be arriving with the assistance of government-vetted, private sponsorship groups.

“People will have to rely on the informal networks that they have,” she said, warning of the risks of abuse or human trafficking faced by people coming here without adequate government support and oversight.

Access to public schooling for Ukrainian children coming to Canada also has not yet been guaranteed, Clark-Kazak said.

Unclear how Ukrainians will access health care in Canada

While Fraser has indicated that changes to the strategy are being made, questions remain about the type of health care services that will be offered to fleeing Ukrainians.

Refugees and permanent residents can have that period covered by the Interim Federal Health Program, but there’s no indication yet that similar health coverage will be extended to Ukrainians.

“Those are very basic health services,” Clark-Kazak said, adding that coverage for prescription medication is not usually included. “This is another gap or question that I think the government needs to address sooner rather than later.”

Advocates say it’s also not yet clear if arriving Ukrainians will have access to mental health services.

“We don’t know exactly what needs people are going to arrive with, but we do have to be ready,” said Frank Cohn, who works in trauma recovery with the Vancouver Association for Survivors of Torture.

“We don’t know exactly who’s going to be here providing that support and under what specific federal or provincial or local programs.”