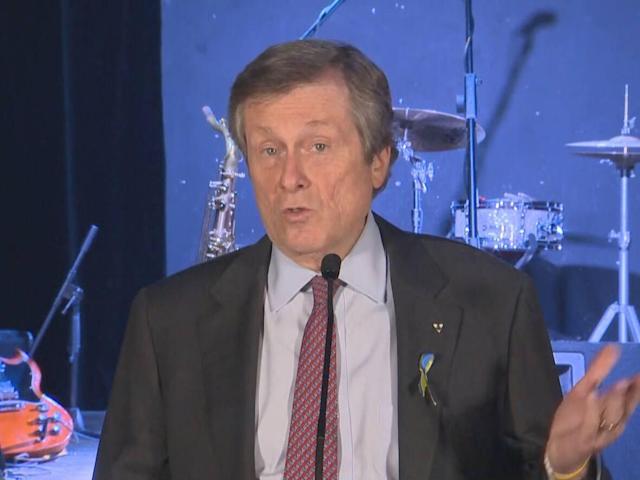 At a time when live music is making a comeback across the city after two years of COVID-19 restrictions, Toronto will reduce property taxes for eligible concert venues permanently, Mayor John Tory said on Monday.

Tory said city council lowered property taxes for live music venues in 2020 during the first year of the pandemic to show support for the local music industry. The city said 48 venues in 2020 and 58 venues in 2021 received the benefit, with an average savings of $18,995.

The city has decided to make the tax break program permanent, Tory said.

The mayor, speaking at a news conference at the Baby G, a live music venue and bar in the west end, encouraged residents to show their support by attending shows in Toronto. Tory said venues across the city have been opening or reopening, including well-known concert halls and clubs such as Massey Hall and the El Mocambo and new large spaces such as History and new small spaces such as Café Pamenar.

“We need to people to get out there and do that starting now,” Tory said.

“These venues are open now. They have expenses now, they always have. And they have musical acts on now. And they need people to buy the tickets, buy the drinks and be supportive.”

Tory said the city made the move to to prevent live music venues from going out of business.

“The assessment on some of those buildings was going up high because it was assumed they would all be turned into condos, which we don’t want, but that caused the taxes to go up and that in turn made it almost impossible for a music venue to exist,” he said.

According to the city, eligible live music venues in Toronto have saved $1.7 million collectively per year through the tax break.

Jeff Cohen, president and CEO of Lee’s Palace and the Horseshoe Tavern, said he has saved $110,000 in property taxes a year through the city’s tax break.

“That’s incredible. It’s the greatest thing that the City of Toronto has ever done for live music operators,” Cohen said. “It’s probably kept us alive.”

Toronto’s live music venues generate an economic impact of $850 million annually, while providing the equivalent of 10,500 full-time jobs, the city said in a news release on Monday.

In addition, the release said: