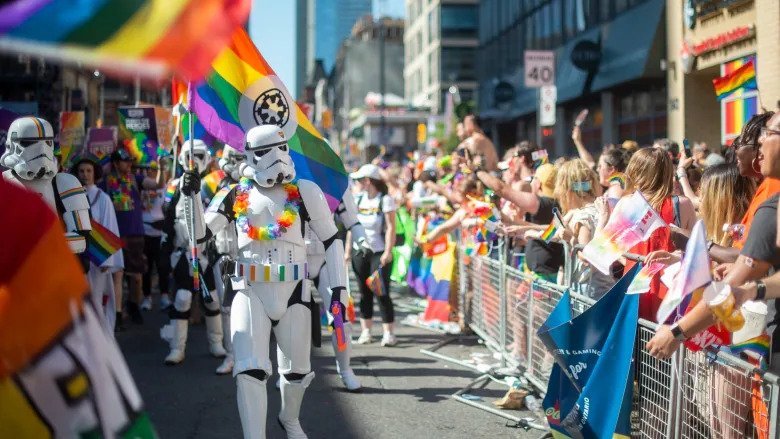 Pride Toronto is apologizing after an accounting firm it hired found that the organization could not prove that it completed several projects despite receiving $1.85 million in federal grant money.

KPMG, hired by Pride Toronto in 2021 to review its compliance with agreements for three federal grants, found that documentation was lacking. The firm looked at how the organization spent grant money awarded in 2018 and 2019, although KPMG says in the review it did not conduct an audit.

The not-for-profit organization, which stages a celebration of Toronto’s LGBTQ+ community every June, including one of the biggest Pride parades in the world, also works “to ensure equal rights and representation for every person of diverse sexual and gender identities,” according to its website.

“A key condition of the grants was that Pride Toronto should use the funding to deliver certain outputs and reporting to the funders,” KMPG said. “Pride Toronto could not provide some evidence to show that they had completed several of the proposed deliverables,” the review reads.

In its official response to the review, Pride Toronto apologized specifically to Indigenous individuals and two-spirit communities it says it harmed. Pride Toronto has been accused of using Indigenous artist Kent Monkman’s name to obtain grant funding.

“We have requested the opportunity to consult with them on what might constitute an appropriate and acceptable financial resolution for the acts of settler colonialism our organization inflicted upon them. As we told them, words cannot express how sorry we are,” Pride Toronto said.

KPMG said Pride Toronto failed to provide documentation to show that 10 out of 12 promised activities with its Two Spirit Tales grant actually happened.

The organization said it is also apologizing to individuals and organizations who it “wrongly, and without their permission or approval, made false representations claiming their support for Pride Toronto’s grant applications.”

Modeste said all staff members, board members and volunteers involved in the decision making involving the three grants are no longer with the organization. CBC Toronto could not verify that claim.

He said the findings of the review were disappointing because checks and balances were not in place but noted the financial problems happened before he was hired. He promised more accountability and transparency.

“After being a member of the community, I was disappointed to know that Pride, as an organization, would allow for these kind of practices to happen. I was disappointed, but at the same time, I was happy to know that now I have the evidence that was presented and the recommendations … coming from KPMG,” he said.

“I’m ready and willing to work with the community and the board and staff to make sure that those recommendations are implemented.”

Modeste added that in January 2022, Pride Toronto cancelled its grant with Public Safety Canada and the organization received only $1.2 million in federal grants due to the cancellation.

Pride Toronto said it has hired a grant and fund development manager to ensure that the organization, in a transparent manner, delivers and reports on grants it receives and that it complies with requirements.

But the review, and Pride Toronto’s apologies, do not go far enough, according to Tom Hooper, a sessional assistant professor in the equity studies department at York University.

In January, Hooper released an investigative report that he says highlights problems with the grant applications and inconsistencies in how the organization reported progress to the federal government. He accused Pride Toronto of “misdirection” of funds.

“When we look at what was included in the review, it confirms that Pride Toronto received several federal grants, and these grants were substantially redirected from their intended purpose,” Hooper said.

The review, however, did not investigate allegations of fraud and forgery in Hooper’s report and he said that’s concerning.

“Pride’s deep betrayal of our communities has not been openly and transparently addressed in this review,” Hooper said.

KPMG said it didn’t investigate these allegations because such matters are beyond the scope of what it was hired to do. Hooper said the current board and executive director haven’t come forward with the truth.

His report said Pride Toronto submitted unauthorized letters of support on its applications, and put forward Monkman’s name to raise grant funds, even after he withdrew his support for a project, and promised benefits to Indigenous people that never materialized.

Hooper said accountability is needed from the people involved in the grants and from the current staff at Pride Toronto who he alleges “covered up” the issue.

“We are left without the answers still,” he said. “What Pride Toronto is hoping to do is steamroll through this so that they can get back to their big Pride celebration party in June,” Hooper added.