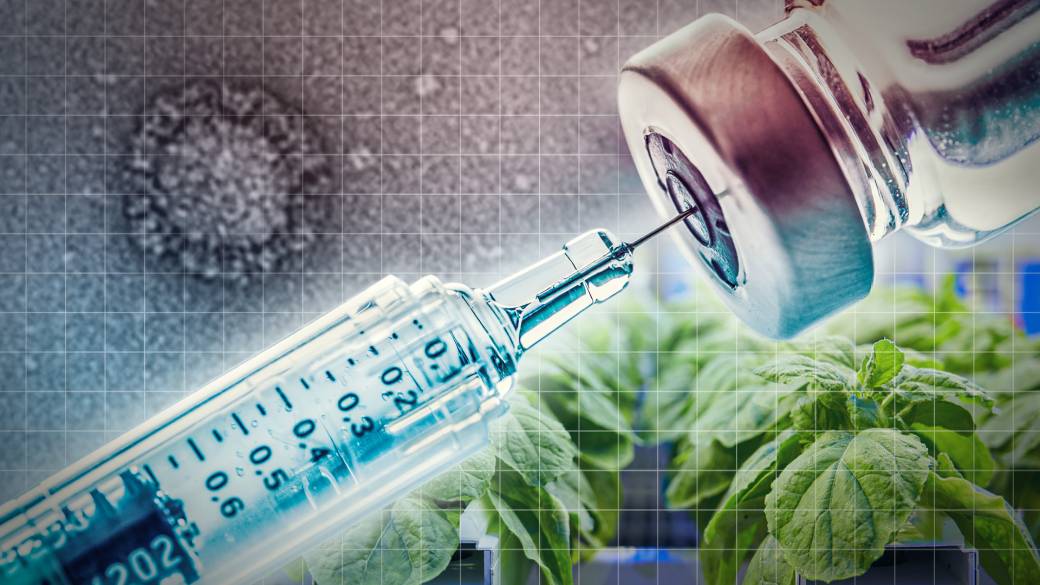 Medicago‘s plant-based COVID-19 vaccine is now approved by Health Canada, which will soon give Canadians the option of getting a homegrown shot against SARS-CoV-2.

Regulators announced the decision to allow its use for adults 18 to 64 years of age on Thursday, making this the sixth vaccine approved in Canada, on the heels of Health Canada’s approval of the Novavax shot last week.

In what the biopharmaceutical company calls a world first, the vaccine from Quebec City-based Medicago uses plant-derived, virus-like particles, which resemble the coronavirus behind COVID-19 but don’t contain its genetic material.

In December, the companies reported high efficacy levels against infection as they geared up for regulatory approval.

Dubbed “Covifenz,” the two-dose shot’s overall efficacy rate against all virus variants studied was 71 per cent, with a higher efficacy rate of 75 per cent against COVID-19 infections of any severity from the delta variant, then dominant, according to data shared at the time in a press release.

The results followed a global, Phase 3, placebo-controlled study of the two-dose vaccine that was launched last March. This was before the highly contagious Omicron family of subvariants, including BA.1 and BA.2, began circulating, though the company has said the vaccine can be adapted as needed.

“While additional confirmatory data are needed, preliminary and exploratory data shows that Covifenz produces neutralizing antibodies against the Omicron variant,” noted Health Canada in a statement.

The department has also placed terms and conditions on the authorization. Medicago must continue to provide information to Health Canada on the safety and efficacy of the vaccine, “including protection against current and emerging variants of concern as soon as it is available,” the statement continued.

“We will, in the next several months, know how well our vaccine did against Omicron,” the company’s medical officer, Dr. Brian Ward, told CBC News, citing ongoing company trials, which also include a study on a booster dose that’s slated to start within weeks.

In October, Canada signed a deal to buy 20 million doses of Medicago’s vaccine, with an option for 56 million more.

In a press release issued on Thursday, the company stressed a commitment to providing its shots as soon as possible.

“The approval of our COVID-19 vaccine is a significant milestone for Canada in the fight against the pandemic. We appreciate Health Canada’s timely review,” said Takashi Nagao, the company’s president and CEO, in the statement.

“We’re also grateful for the Government of Canada’s support in the development of this new vaccine, and we are manufacturing doses to start fulfilling its order.”

Given this huge influx of vaccines, Canada’s deputy chief public health officer Dr. Howard Njoo said some of those expected Medicago supplies will be part of Canada’s ongoing efforts to send doses abroad.

“Canada is committed to the global effort to supply vaccines across the world,” he said during a press conference.

Recommendations on the vaccine’s use from the National Advisory Committee on Immunization are also expected in the weeks ahead, Njoo said.

Vaccine not approved for adults over 65

For now, the vaccine is only authorized for use in adults 18 to 64 years of age, based on the data that was reviewed by Health Canada.

“There was limited enrolment of participants older than 65 years of age in the clinical trials because a large proportion of older individuals were already vaccinated,” the department said in its statement. “Medicago is currently gathering data in older individuals to support regulatory authorization for this age group.”

Dr. Isaac Bogoch, an infectious diseases specialist based in Toronto, told CBC News the vaccine’s approval is good news, even though it comes after the majority of Canadians are already vaccinated with two or more doses.

“Is this going to have a major impact on us here in Canada? Probably not. But there might be some individuals who choose to get vaccinated with a non-mRNA product,” he said, referring to the shots offered by Pfizer-BioNTech and Moderna.

The process developed by Medicago uses the plant species nicotiana benthamiana, a close relative of tobacco plants that is used for pharmaceutical development, largely because of the high number of viruses that can successfully infect it.

“This might be a pretty unique way to produce and scale vaccination,” Bogoch said.