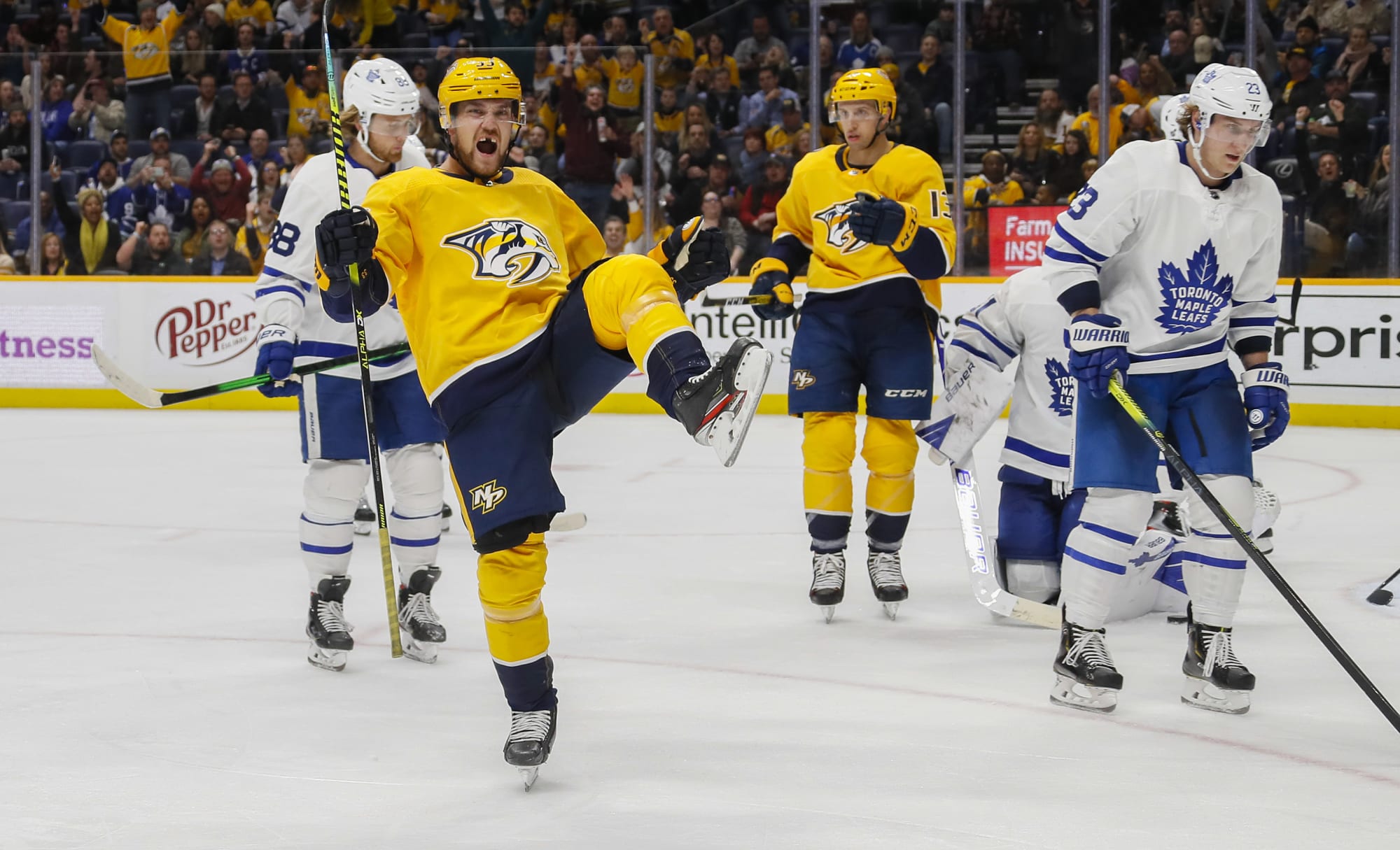 Eeli Tolvanen, Filip Forsberg, Matt Duchene and Yakov Trenin each had a goal and an assist to lead the Nashville Predators to a 6-3 victory over the Toronto Maple Leafs on Saturday night.

Tanner Jeannot and Mattias Ekholm also scored for the Predators, who have won three of four. Juuse Saros made 38 saves, Roman Josi had three assists and Colton Sissons added two.

Josi and Duchene extended their point streaks to nine games. Josi has three or more points in each of his last four.

“I thought defensively we played pretty sound and I really like our puck play,” Nashville coach John Hynes said.

Mitchell Marner had two goals and an assist for the Maple Leafs. Auston Matthews added a goal and an assist, and Erik Kallgren made 28 saves for Toronto, which won its previous two games.

Forsberg’s goal at 12:11 of the third period gave him 33 on the season and 211 for his career, setting a Nashville record.

“It was awesome,” Forsberg said. “Obviously, it’s been a great ride so far.”

Jeannot scored first at 13:46 of the opening period.

Sissons carried the puck into the Toronto zone on the right side and cut to the middle. He found Jeannot skating on the left side and he beat Kallgren with a wrist shot high to the far side.

Tolvanen made it 2-0 at 1:48 of the second when he redirected Jeremy Davies’ shot from the left point by Kallgren.

“They played a lot harder than us at the start of the game for sure,” Toronto coach Sheldon Keefe said.

Marner halved the Nashville lead at 8:04 of the second.

The Predators regained a two-goal lead at 10:52 of the second when Ekholm connected on a one-timer from the right boards off a feed from Alexandre Carrier.

At 3:41 of the third, Matthews collected the rebound of his own shot and beat Saros just inside the left post to draw the Maple Leafs within a goal.

Duchene scored off a rebound of Forsberg’s shot at 14:09 of the third. The goal was Duchene’s 33rd of the season, setting a career high.

Marner scored again at 15:19 of the third and Trenin added an empty-net goal in the final minute.

Matthews played his first game since serving a two-game suspension for cross-checking Buffalo’s Rasmus Dahlin in the neck in last Sunday’s Heritage Classic.

Matthews scored his NHL-leading 46th goal of the season early in the third period. He has 11 points (nine goals, two assists) in his last six games.

“For me, I think it just kind of took me a period to get going,” Matthews said. “Even still, I felt maybe just like my timing a little bit off, a quarter-second off. I think that is kind of to be expected, but I think halfway through the game I kind of started feeling more like myself.”