China’s economic evolution from the time of Mao Zedong’s Cultural Revolution to the present day has transformed a poor country into one of the world’s major economic powers. However, the fact that the most populous country in the world is still ruled by a communist dictatorship, thanks to the increasing westernization of its economy traces of the purest capitalism are visible, it is seen as a real threat to the western world. In reality, the country that for decades served the greed of some of the world’s largest world companies, which took advantage of the very low production costs to obtain more and more profit, is today seeing the results of a true revolution in crucial areas, such as technology and innovation. And this “revolution” is the result of political strategies that have been followed in the post-Maoist period – first with Deng Xiaoping and now with Xi Jinping.

It is unquestionable to the eyes of those who know the reality of Chinese society that the people, in general, live better today. The misery and extreme poverty that raged in Maoist China has evolved for the better. However, serious questions remain regarding values that, in our eyes, are fundamental such as freedom of expression or the guarantee of compliance with Universal Human Rights. Evidence shows that, when it comes to those fields, China remains very far from the standards of Western democracies (see the very present case of Hong Kong or the tennis player Shuai Peng, who mysteriously disappeared for a while and now is not allowed to speak freely because she denounced a case of alleged sexual assault). In 2017, at the Chinese Communist Party Congress, Xi Jinping, the Party leader who is also the leader of the country, clearly stated what China is today and pointed the way to its future when he said, in a three-hour speech, that “socialism with Chinese characteristics in this new era” meaning China had now “become a great power in the world”, and had played “an important role in the history of humankind (…) It is time for us to take centre stage in the world and to make a greater contribution to humankind”, he added.  For this week’s edition of Milénio Stadium, we had a conversation about these matters with Professor Jeremy Paltiel, from the department of political science of Carleton University, who specializes in the government and foreign policies of Asia (China and Japan) and Canada-China Relations.

Milénio Stadium: What significant changes in Chinese political strategy can be identified as responsible for China’s transformation – from being an extremely poor country to one of the world’s major economic powers?

Jeremy Paltiel: The major change was the opening to foreign trade and investment and the opening up of the internal market. China’s opening to globalization first transformed the agricultural economy and freed up surplus rural labor for work in export industries.

MS: Other than the economic dominance, how relevant is China in the geopolitical design of Asia Pacific? And what impact might it have on a balance that guarantees world peace?

JP: This is a difficult question. The “Asia-Pacific” initially emerged out of the US defeat of Japan in the Pacific War and the subsequent outbreak of the Cold War which left China and the Soviet Union dominating Eurasia while the US and its allies “contained” them through a string of alliances and bases in maritime East and Southeast Asia. China “switched sides” and welcomed US President Nixon in 1972. After Mao’s death in 1976 this gave Deng Xiaoping an opportunity to join the West in globalization. But Deng never intended to transform China into a democracy and proved it with the repression of the students in Tiananmen in 1989. Deng Xiaoping also downplayed military modernization in favor of industrialization economic growth and educational and scientific advance. Nonetheless, the spectacular success of China’s globalization in the 1990’s and 2000’s enabled the rapid buildup of China’s military power to the point of becoming the dominant economic power in Asia and the second economic power in the world. China has no intention of dominating the West ideologically or militarily, but it does insist on preserving its own socio-political system and especially after US failures in Afghanistan, Iraq and in the economic crisis of 2008, the Chinese Communist Party believes itself to be the moral equal of the US and questions the superiority of the liberal model. The issue is whether China’s challenge as an “alternative” to the liberal model and its insistence on regaining the regional role it had before European Imperialism became dominant in the 19th century represents a “threat”. The Chinese Communist Party certainly wants to regain Taiwan which it believes was unfairly severed from China by Japanese Imperialism and US intervention in the Chinese Civil War in the 1940’s. How far this represents a threat to the Asia-Pacific remains something of a controversy.

MS: There is a growing economic power resulting from progressive “westernization” and the transformation of Maoist communism into what many call communism based on the purest capitalism – what impact has this had on the internal organization of the country? Do Chinese people live better in their country today?

JP: There is no question that Chinese are now enjoying the highest standard of living in Chinese history and China has lifted more than 800 million people out of poverty despite rising levels of inequality. The fact is that no Chinese is materially worse off than they were in the days of Mao Zedong and the vast majority are infinitely better off, with hundreds of millions now enjoying a middle-class lifestyle. Chinese live better, and longer, by every metric.

MS: The current Chinese president makes no secret of his ambition to make China a major global player. To what extent can the fact that the issue of alleged lack of respect for human rights (too often brought to the fore) be a brake on this goal?

JP: The human rights situation in China is not something the country can be proud of, even though, even there the human rights situation has vastly improved since the days of Mao Zedong. Most Chinese citizens enjoy a level of security and are (Covid restrictions excepted) able to move about the country and the world. This was unimaginable 45 years ago. Nonetheless, the Chinese Communist Party does not value individual human rights and people are not free to criticize the state or its ruling Party. The question is whether China can continue to make progress as a market society if freedom including the freedom to own property is under the tight supervision of the state. Will the state smother the spirit that leads to an innovative and creative society? So far, China has continued to grow (even in the midst of the pandemic).

MS: Without any intention of fuelling conspiracy theories, to what extent can it be said that the pandemic that was born in China and has spread around the world has helped Xi Jinping achieve what he announced in the opening speech of the Chinese Communist Party congress in 2017 – “Is time for China to take centre stage’”? Is China trying to dominate the world?

JP: Xi has said and continues to say that by the middle of the century China will complete its national rejuvenation and will be “second to none”. That does not necessarily mean “dominate the world”. China is now responsible for about 18% of global GDP. In 1800 China represented about 25% of global GDP and China has rarely expanded far beyond its initial borders. It is clear that Chinese view themselves as a Great Power and a World Civilization. They see the last 150 years as an exception which must be redressed. But Chinese have never had the urge to rule the world. 70 years before Vasco De Gama rounded the Cape of Good Hope a Chinese fleet of more than 20,000 sailed to the coast of East Africa and to Arabia. They had ships vastly larger than the 3 ships that Christopher Columbus sailed to the New World, but China has never aspired to rule the world. They have neither the aggressive nor the missionary impulse of the Iberians of the 16th Century.

MS: Can we consider Xi Jinping the greatest political strategist of our time?

JP: No, he has been lucky in the multiple failures of the US.

MS: Does the world have a reason to fear Chinese domination? 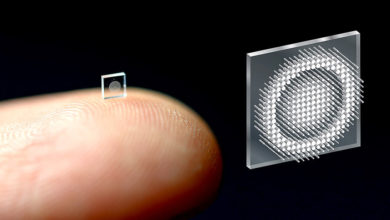 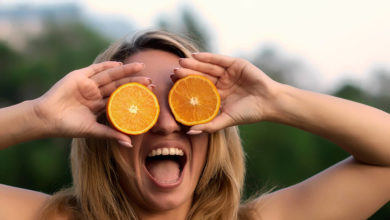 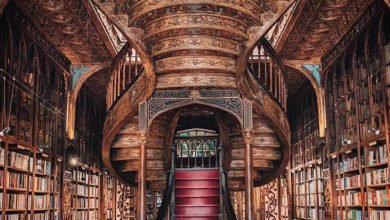 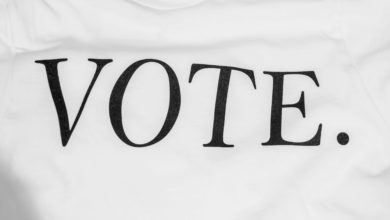