campaign against antisemitism is featuring bright pink billboards on some of Toronto’s main roadways in a bid to grab people’s attention and spark change.

Two non-profit organizations, StandWithUs Canada and a U.S.-based group called JewBelong, recently launched the effort to raise awareness about the increasing number of antisemitic incidents in Canada and worldwide.

“We really think that education is the road to peace,” said Rebecca Katzman, senior director of campus affairs with StandWithUs Canada, which has a long history of running educational billboard campaigns about Israel in Vancouver, as well as throughout the U.S., Israel, and South Africa.

The three billboards, visible on Spadina Avenue, the Don Valley Parkway and the Gardiner Expressway, feature “bold slogans,” according to a news release from the two groups. “We’re just 75 years since the gas chambers. So, no, a billboard calling out bigotry against Jews isn’t an overreaction,” and “Does your church need armed guards? ‘Cause our synagogue does,” they say.

The campaign comes at a time when the Toronto District School Board (TDSB) is dealing with at least six antisemitic incidents in just over a month — from middle schoolers performing a Nazi salute in front of a Jewish teacher to a hate-crimes investigation into three separate high schools spray-painted with Nazi symbols. The TDSB has said it will increase educational programming about antisemitism and the Holocaust.

“We want people to think about things that Jewish people face on a daily basis … Jewish people are harassed, they face antisemitism and violent threats,” Katzman said.

JewBelong says the rise in hateful incidents goes beyond Toronto, adding the organization noted a spike in antisemitism last spring.

“I saw antisemitism become normalized practically overnight. It was very distressing and I don’t think there was a forceful enough voice from Jewish groups or allies speaking out,” said. Archie Gottesman, the non-profit’s co-founder

The billboards will be up until March 27, but Gottesman says resources are also available on their website and social media channels.

Most people are not full of hate,” she said. “Most people just don’t realize antisemitism is on the rise, and that’s our main audience.”

Gottesman says JewBelong is looking at additional locations within Toronto and other cities to spread the campaign even further. JewBelong’s billboards have already appeared in U.S. cities, including San Francisco, Los Angeles, New York, Las Vegas, Boston and Orlando.

“We hope this campaign raises awareness on the issue and motivates others to get involved,” said Henry Lovgren, the organization’s research and data analyst.

B’nai Brith’s latest audit found an average of more than seven antisemitic incidents occurred per day in 2020, an 18.3 per cent increase from the previous year, and the fifth record setting year.

Lovgren says its 2021 audit will be released later this year.

“Antisemitism is exploding online and across schools,” he said, noting the TDSB incidents.

“We need a campaign like this because antisemitism is so often forgotten or not considered when we discuss different ways there’s discrimination in society, and often antisemitism comes up when societies face strong divisions as we’re seeing now.”

“If you see something that is antisemitic, call it out, speak to somebody, or report it to the police.” 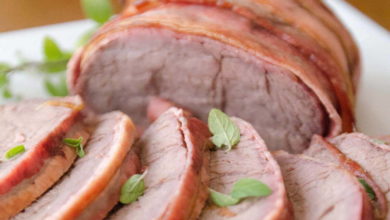 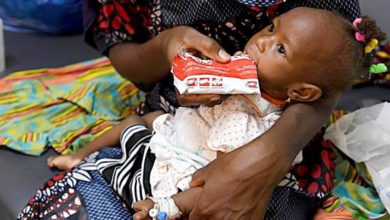